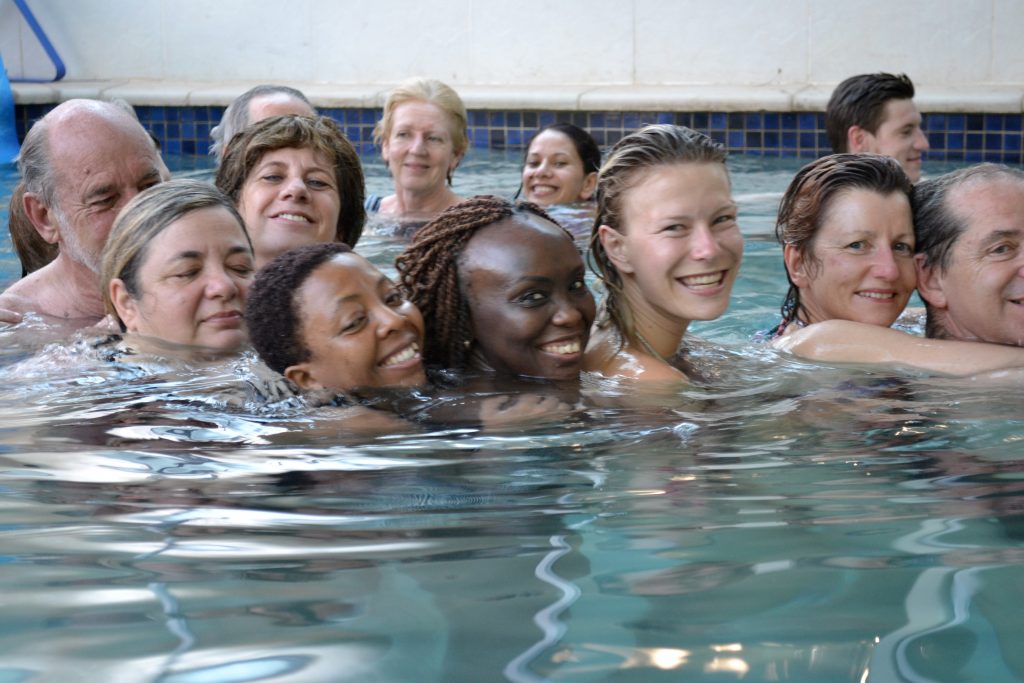 Aqua Biodanza is a specific Extension of Biodanza with a slightly different structure and movements which are specifically designed to evoke the vivencia which Rolando Toro Araneda, creator of Biodanza has defined as ‘Regression to the Origin’ or ‘Regression to the Primordial’.  These vivencias are designed to induce a state of trance in the water and create the expansion of consciousness that follows from there.  Rolando explains that these vivencias create ‘Experiences of Beatitude’ and are characterised by; lack of duality; absence of boundaries; and, no differentiation between ourselves and the cosmos.  This is brought about by working with the qualities of warm water and transcendent ceremonies of which ‘Trance of Suspension’ is perhaps the ultimate peak experience in the water one could have. 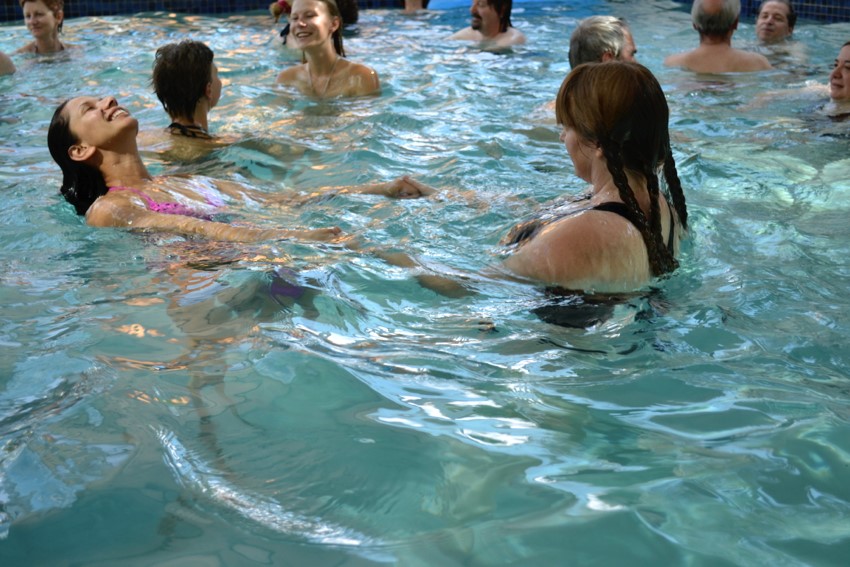 There are regular shorter sessions in the water which like a typical weekly class on land can give one a taster that only a proper workshop can deliver.  Just like people have to ‘get used’ to the Biodanza class, so even those familiar with dancing, have to acclimatise to working in the water.  Trying it once and ticking it off your list of things to do is much like going to one Biodanza class and making your mind up about Biodanza.  Participants are encouraged to attend a few sessions so that they slowly can relax and learn to let go their bodies in the particular way in which the water demands.