WITH IT’S FOCUS ON

we believe that Biodanza has the potential to contribute to the physical, emotional and mental health of communities in South Africa.

By impacting individual awareness of healthy self-esteem and self-confidence, interpersonal relationships and group development, community cohesion and ethical consciousness/behaviour are actively encouraged, and tangible change can be measured over time.

In future we plan to initiate, organise and facilitate Biodanza related interventions and programmes in South Africa.

In the meantime, we would like to showcase the possibilities of the work that can be done in support of wellbeing by featuring work that has been done by our facilitators in different community settings. 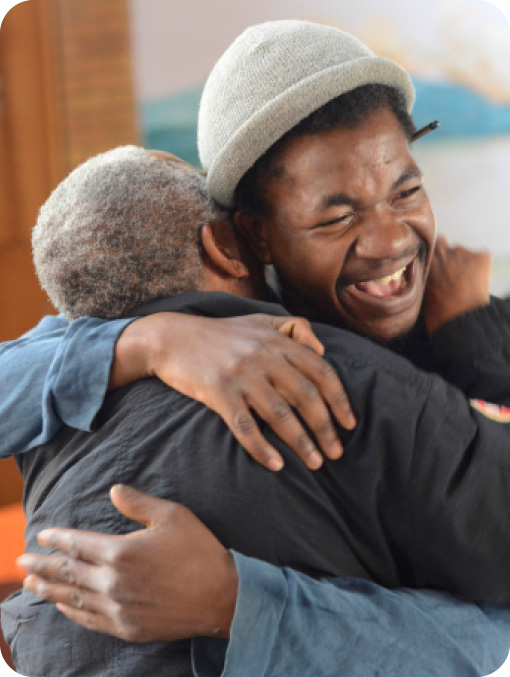 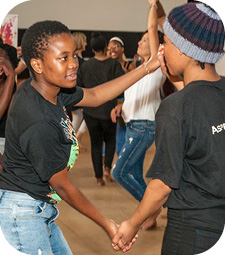 from rediscovering the joy of being alive and a zest for life, to proven health & psychological benefits, and an experience of connection to nature and the cosmos. 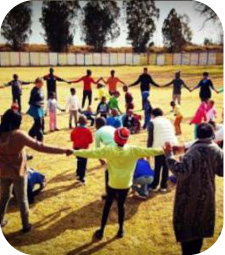 Home of Hope provides shelter and creates an opportunity for sustained physical, educational and holistic wellbeing for exploited girls in Kensington and Berea in Johannesburg.

Every Saturday morning the girls gather for experiential development activities.

During the last 8 years facilitators have been offering a Biodanza class, at least once a month, to these young women, ages ranging from around 8 to 18 years. 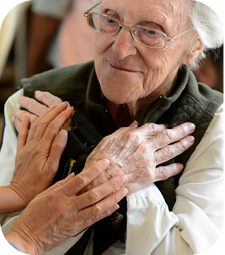 Classes were given at a residential care home for the elderly and some people with special needs in Parktown Johannesburg by our recently deceased facilitator, Andrew Lindsay. There were between 17 and 30 people who came every 2 weeks. Many are brought in wheelchairs. The residents move as much as they can, which is sometimes quite minimal but the facilitator managed to engage with them where they are and it has an enormous impact on them .

One of the ladies who attended said that attending the class gave her pain relief!!

Another care worker was overheard telling a resident: “if you try it once, you will come again, it’s so beautiful”. 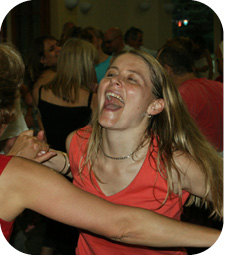 Weekly classes were facilitated at Hadassah Center for women and girls in South Johannesburg for a period of six months.

The Biodanza class was the highlight of the girls week. They spoke of how tough it is in the house and how they bicker and fight but that Biodanza brings them together and helps them forget their squabbles.

In these spaces working with shame and strengthening the identity beyond that of addict brings experiences of freedom and self expression within the safety of the Biodanza class. 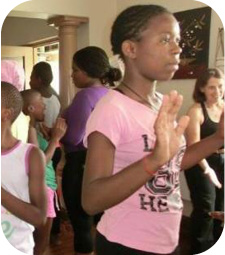 Here is an example of how Biodanza has been adapted for use in school contexts to support the behavioural development, emotional wellbeing and healthy connections among learners.:

In November 2018, Biodanza facilitators, Carol Surya and Carmen Clews’ NGO – Wellbeing in Schools and Education (WISE) started a new school-based initiative called Dance Assembly at Sentinel Primary – a township school in Hout Bay, Cape Town. The aim was to use dance to help vulnerable children in highly-stressed communities to have fun while developing essential life skills such as healthy communication, expression, mindfulness, and to reduce stress.

Biodanza Didactic teacher Shumi Chimombe developed and facilitated the initiative with grade one, two and three learners.  Each day there are two 15 minute sessions with approximately 60-80 children at a time with their teachers providing support in controlling the high energy among the kids.

The intention for Dance Assembly is to develop a self-sustainable model of 15 minutes a day of dance and connection before class starts. Already a simple useable model has been developed which is based on the Biodanza model (the ‘Curve’). This includes welcoming and grounding in an opening circle, warming up with walks and greeting encounters such as high-fives and embraces, rhythmic dances and liberation of movement, and – very importantly – games such as trains, clapping hands in pairs or in groups and dancing together in small circles as this is where we see the healthy connections through feedback and contact begin. These are followed by calming down exercises before a final self-loving affirmation and meditative song, I am Bountiful, Blissful and Beautiful by Bachan Kaur. The music used is mostly Biodanza music and some contemporary pop songs that the children know and love such as ‘Better when I’m Dancin’.